for the next generation

I Thought We All Agreed On This Solution?

You’re leading a meeting with multiple stakeholders and having a lengthy discussion about a new idea, solution, or plan. After identifying a way to move forward, you ask the group something like, “Does that sound good?” or “Is everyone good with this?” A few people nod, some say “yes” out loud, and no one opposes the solution. It seems like everyone is ready to move forward.

Then, sometime later, people don’t follow through with the idea. Tasks don’t get completed. Attendance at follow-up meetings is lower. People don’t seem motivated. What happened?

In short, there was no agreement with the decision to move forward.

I see this time and time again. Leaders hear or see what they consider to be agreement from a few people in the group and assume because no one verbally opposes the solution that everyone is on board. What really happens are things like this:

As you can see, none of the above responses actually indicate agreement. So, what went wrong?

When asking for agreement, two things are crucial:

1. Being specific about what you want the group to agree to

Before asking if people agree, reiterate exactly what you want them to agree to, including roles and responsibilities. Make sure everyone understands the solution and has space to ask questions to confirm understanding and/or voice concerns. If people don’t seem ready to agree, don’t force the issue (I’ll cover how to “read the room” in a future post). Find out what people need before moving forward.

Key questions to ask the group:

2. Getting clear and obvious agreement from the group

As I mentioned earlier, silence, non-verbal cues, and even some yesses don’t mean agreement. If you have done the previous step accurately, then it’s important to make a direct and specific request to ensure agreement.

Notice how this is quite different than asking if the solution sounds good or if everyone’s good with moving forward. Showing agreement based on a clear request is different than asking about agreement. If all hands are raised, you’re in a good place to move forward. If not, go back to step one and repeat. Although this doesn’t necessarily mean that things will move forward as planned, the odds are much greater that they will.

Another key ingredient is having a clear and known decision-making process. I’ll talk about this in future posts. 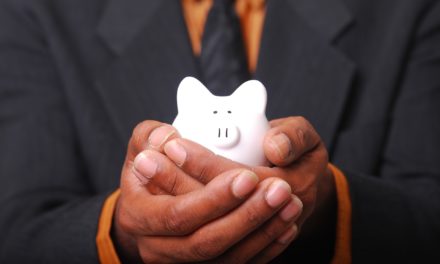 How Much Do Your Meetings Cost?

How to Hold People (Including Yourself) Accountable

Commitments Matter: How Lack of Commitment Hurts You

Pop Quiz: Has Your Team Made a Decision?

I’m David Franklin and I’ve been a coach, consultant, trainer, and speaker for 30 years. I work with mid- to executive-level leaders who are passionate about growing their people and their organizations.