for the next generation

Pop Quiz: Has Your Team Made a Decision?

Pop Quiz #1: In your team meeting, you’re discussing whether to change the meeting time. After fifteen minutes of unfocused discussion, a teammate decides to take the bull by the horns and propose a new time. They then ask the group if everyone is good with the new time. In your team of eight, two people say yes, three appear to nod their heads, and the other three are silent. The conversation ends and shifts to the next item on the agenda. Has your team made a decision to change the meeting to the new time?

Answer: Who knows? (Read on for the “correct” answer.)

Approximations of the dynamic in the above scenario when making decisions are quite common. Typically, such scenarios later result in one or more of the following symptoms:

Clear decisions are crucial for growth and success. Clear action is preceded by a clear decision. Without clear action, real impact, change, or success is limited.

The above scenario is based on a rather simple and low-impact decision. Now, consider the many decisions teams and organizations need to make on a regular basis and imagine the impact such mushiness has on an organization’s productivity, effectiveness, and morale. The results aren’t pretty.

The Signs of Clear Decisions

Amongst the teams I’ve consulted with or coached, most aren’t able to say yes. If they do, when I ask for objective signs that they’ve made a decision, they typically stumble around for a minute before realizing that they really don’t know.

The bottom line is this: unless every team member can answer yes and explain their process for making decisions, the team doesn’t have a clear process.

It’s not enough to have a clear process for making decisions. Unless everyone knows what the process is, some of the above symptoms will surface. Therefore, two elements are crucial for making clear decisions:

The process itself for making decisions ultimately doesn’t matter, nor do teams need to use the same process every time. Whether it’s by consensus, majority, autocracy, or any other process, what most matters is that the two decision-making elements above are used for any decision. Ultimately, the team leader will decide and is responsible for making sure everyone on the team knows what that process is. That said, some processes are better suited for certain types of decisions or teams, so it’s important to choose thoughtfully. Check out this article for examples of decision-making styles, including the advantages and disadvantages of each. 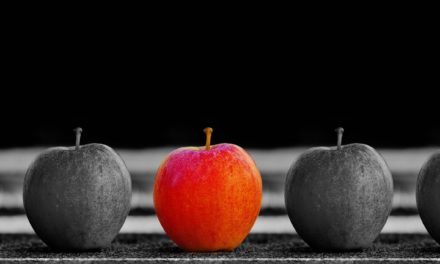 Hammers and Nails: Emphasize the “What,” Not the “How”

How to Hold People (Including Yourself) Accountable

I’m David Franklin and I’ve been a coach, consultant, trainer, and speaker for 30 years. I work with mid- to executive-level leaders who are passionate about growing their people and their organizations.